Last night, I played a 3-hour, long-ass doubles match that we ultimately lost. Regardless of the outcome, it still was a fun time. Our opponents were lovely and in the entire 3 hours, they only made only one call that I thought was questionable, and it came near the end of the match. I hit a deep offensive lob that looked like it caught the back of the line, but our opponents called it out. Even my partner saw it and came up to me and asked, ” Want me to ask them if they’re sure?”

I thought about it for a split second but then told her we should just let it go. All the rest of their calls had been spot on, so why go there now? Would it help our game? Probably not.

Still… these are times when I wish everyday league players had access to Hawkeye. Since we don’t, we have to rely on our eyes, our opponent’s integrity, and “The Friend at Court: The Handbook of Tennis Rules and Regulations.” In it, you will find answers to this and nearly every other problematic scenario that can arise.

Here is how it addresses the “when in doubt” situation under the “Making Calls” section of “The Code” on page 38:

#6 (opponent gets benefit of doubt) – A player should always give the opponent the benefit of any doubt. When a match is played without officials, the players are responsible for making decisions, particularly for line calls. There is a subtle difference between player decisions and those of an on-court official. An official impartially resolves a problem involving a call, whereas a player is guided by the principle that any doubt must be resolved in favor of an opponent. A player in attempting to be scrupulously honest on line calls frequently will keep a ball in play that might have been out or that the player discovers too late was out. Even so, the game is much better played this way.

Look… it’s mentally exhausting to play a 3-hour match right after a long day at work, and making calls on those close balls definitely adds to the challenge.

Since it’s best to pick your battles, we decided this one wasn’t worth it. My partner and I were already exhausted and down 1-4 in the third set. Besides, these ladies had been nice and seemed honest, and so, we accepted their call. Not long after that, we accepted our defeat. However, we still went home feeling satisfied that we played our best. We were also excited that we learned a few new tricks, which hopefully will help us in our future matches!

and have our latest articles delivered straight to your inbox - we never spam! 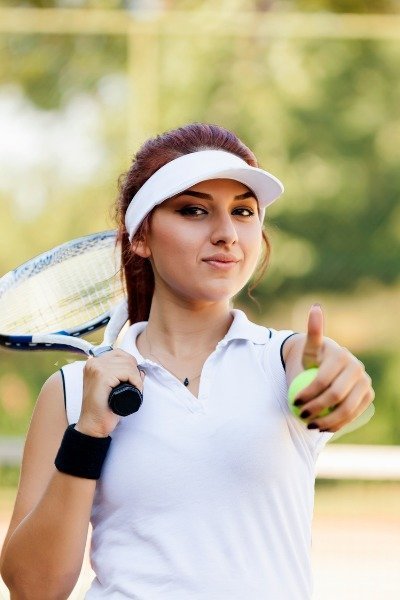 to our newsletter and never miss our latest tennis awesomeness!

Zero spam, Unsubscribe at any time.

Undo
AdBlock Detected
Our site is an advertising-supported site. Please whitelist to support our site.
Okay, I'll Whitelist
Welcome Back!